"His inventions are marvels of simplicity; recycled everyday objects that change form and function into an entertaining enterprise." -The Los Angeles Times 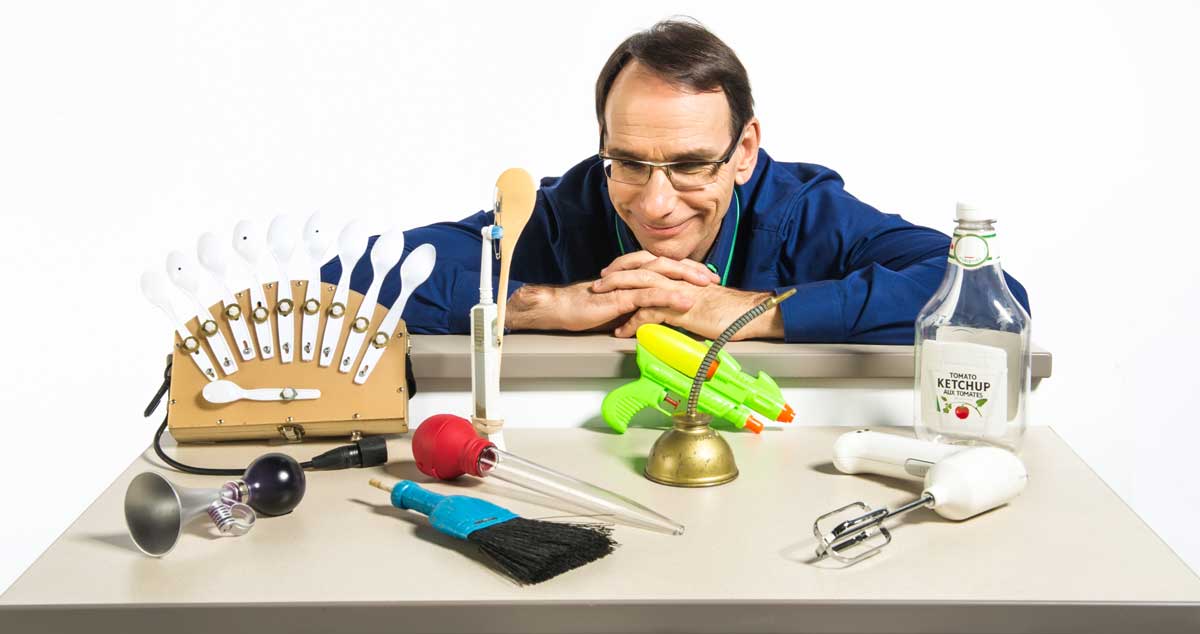 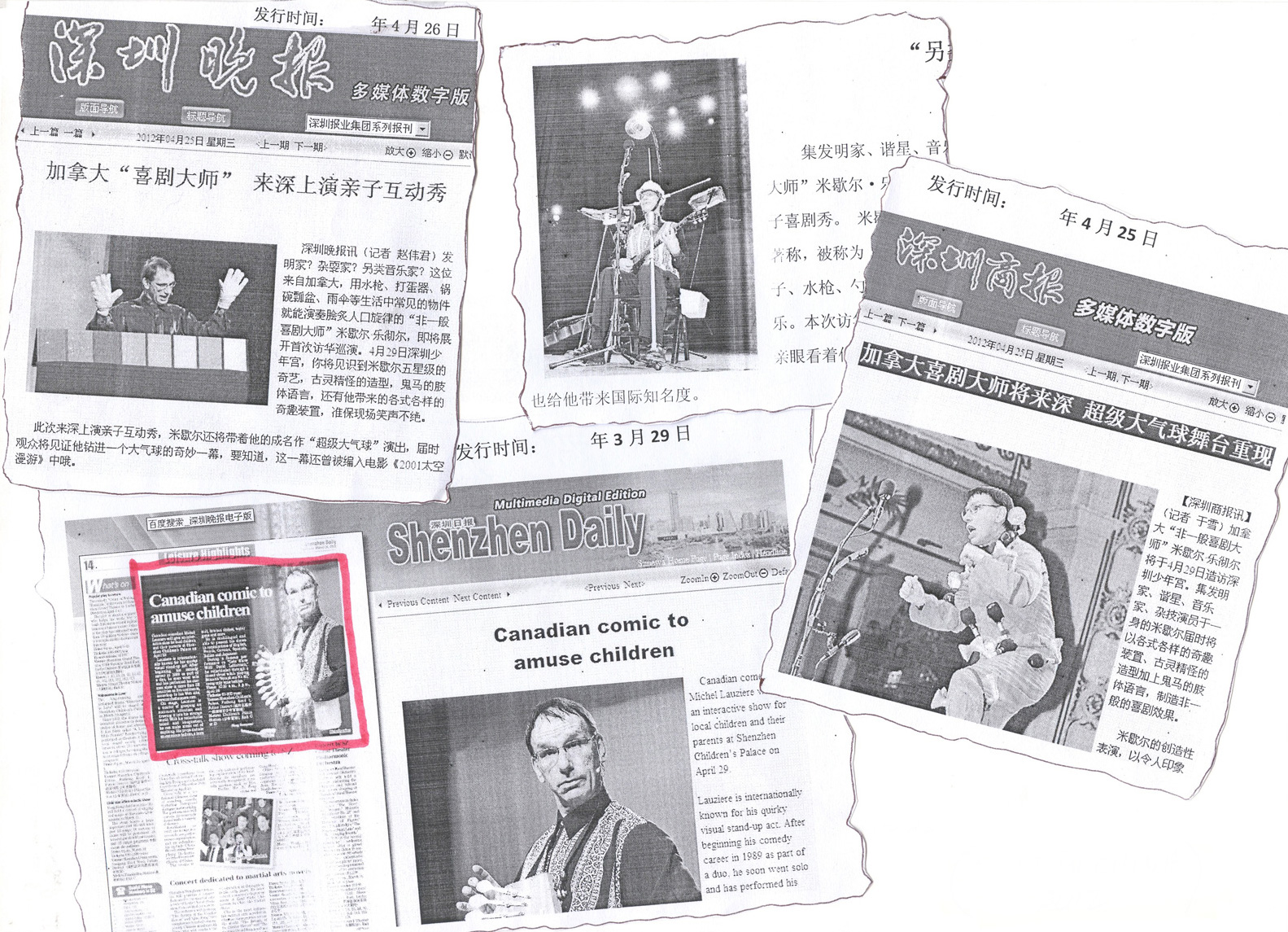 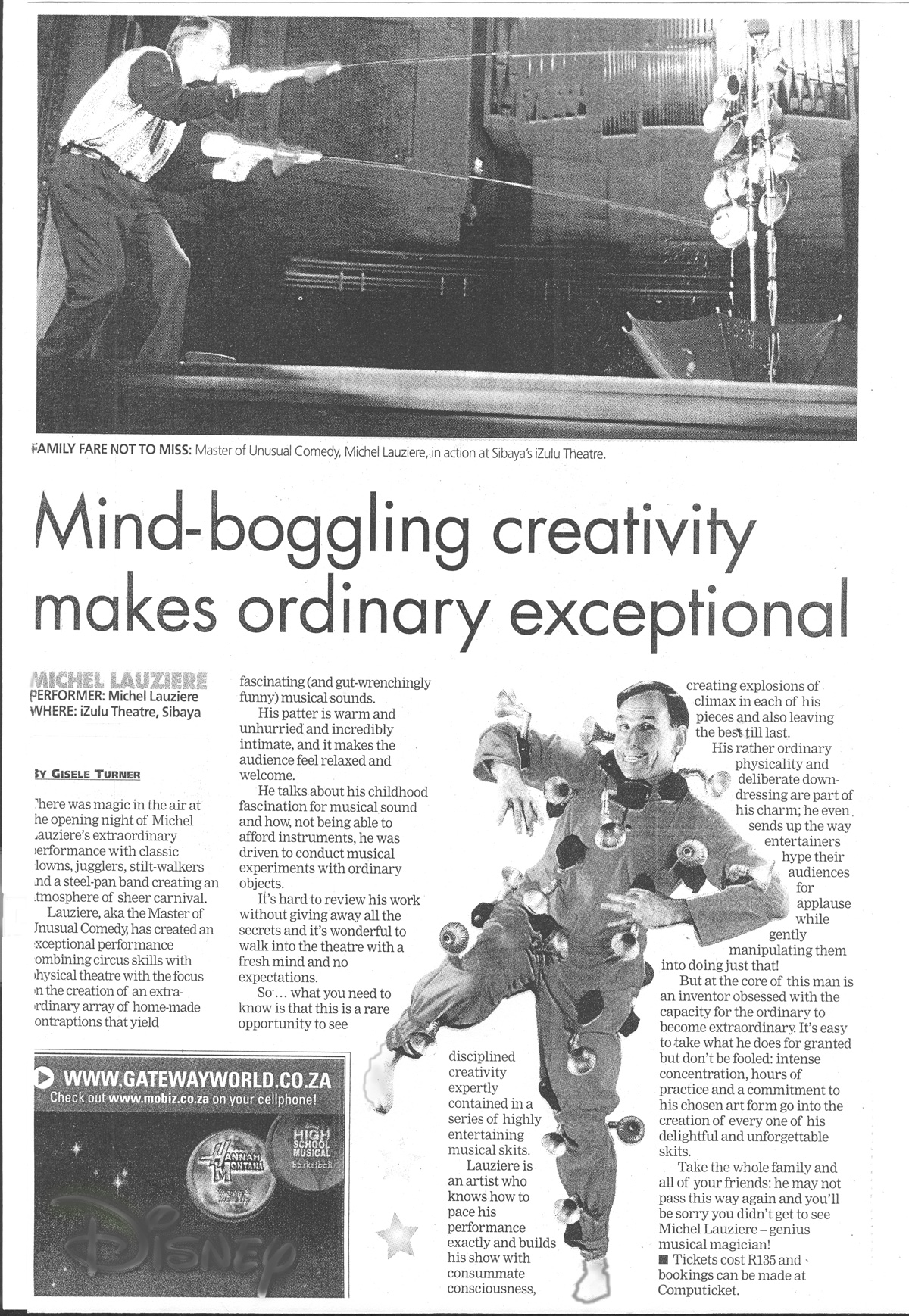 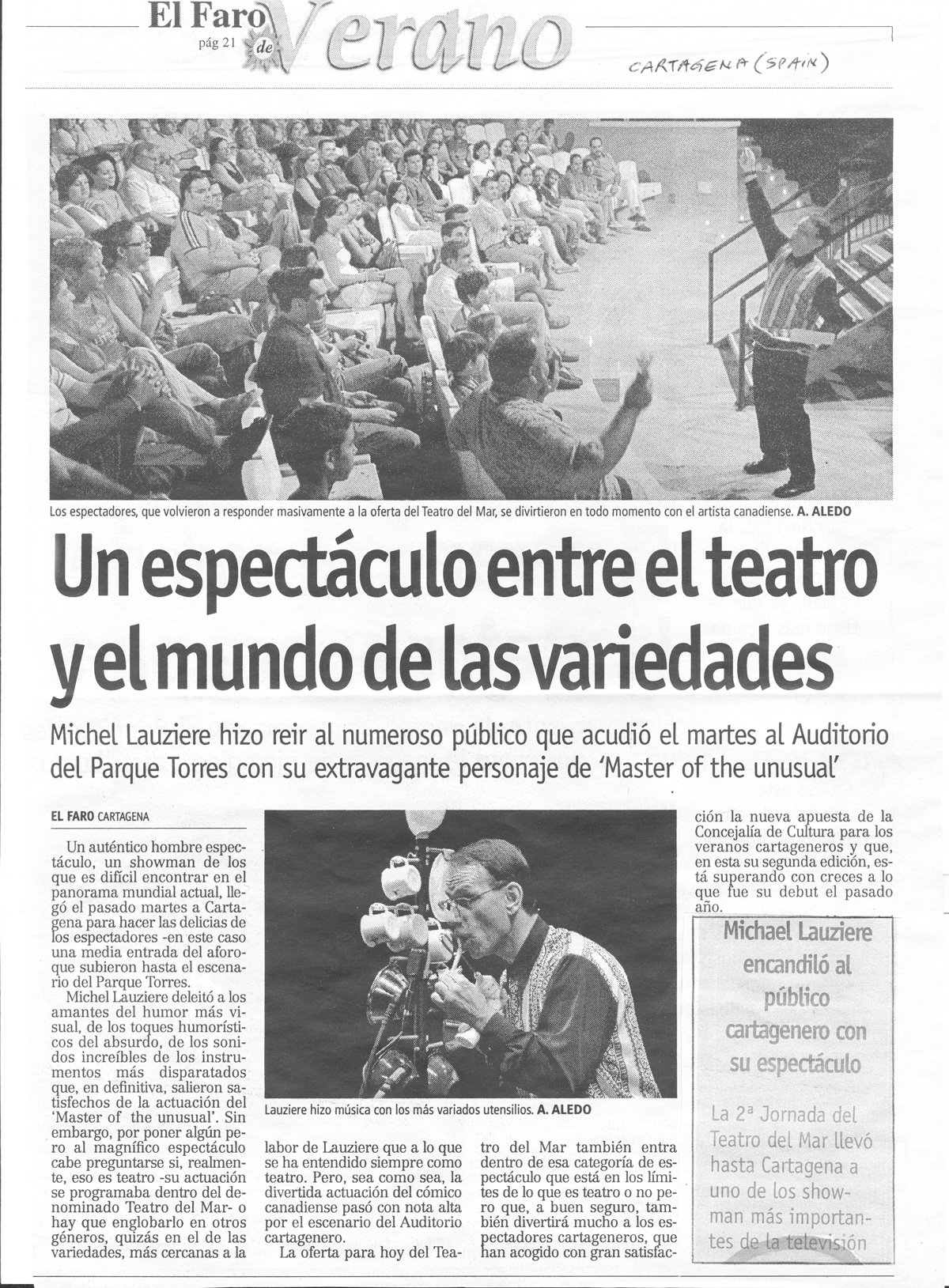 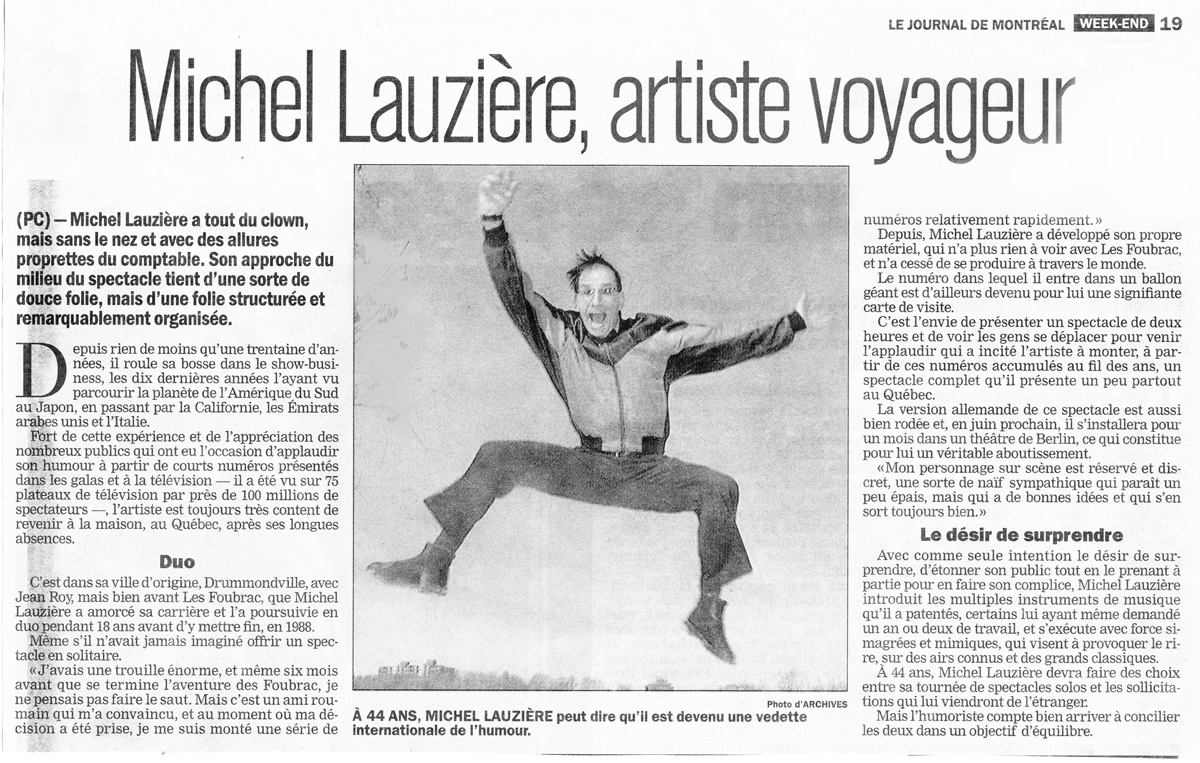 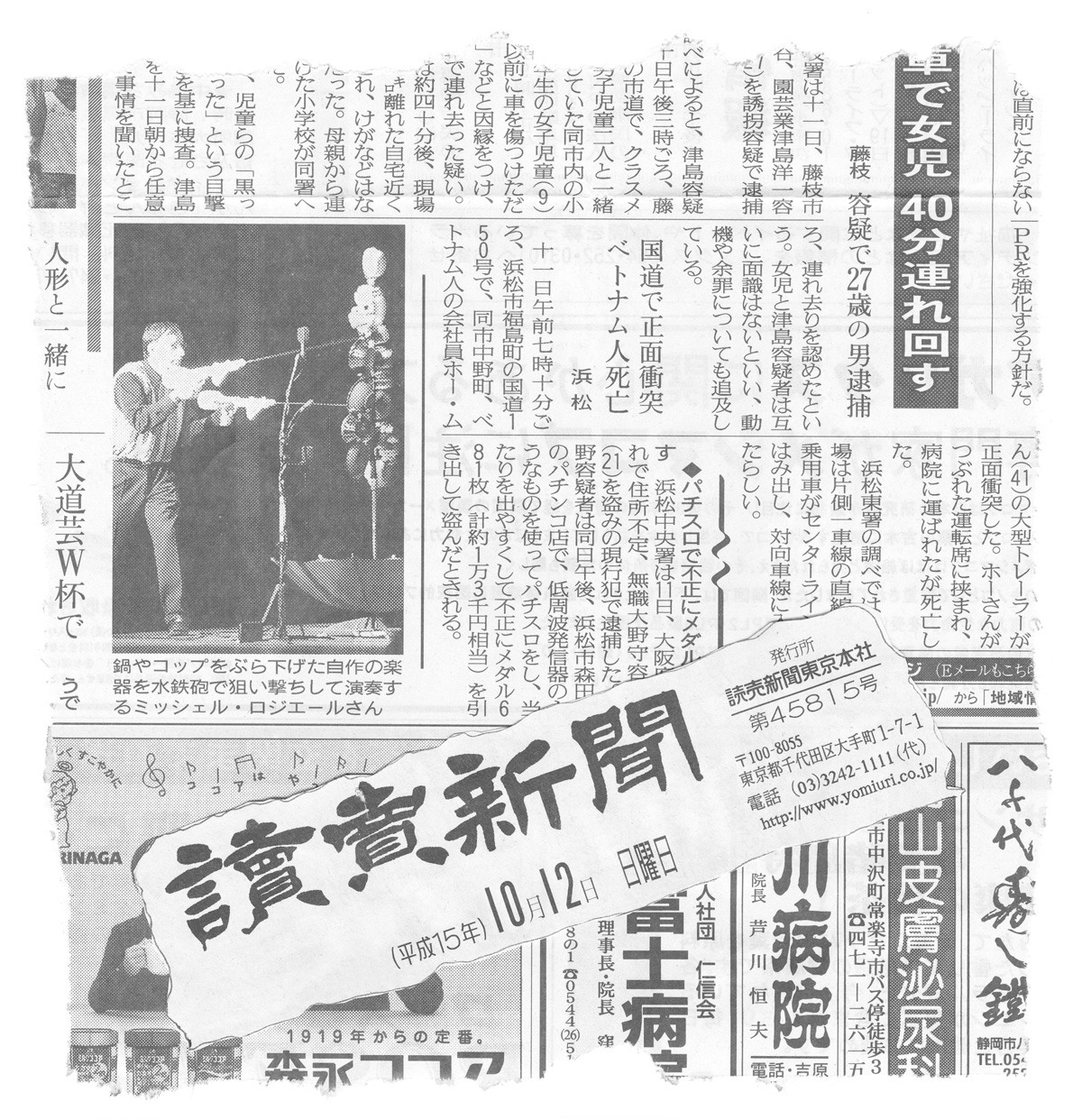 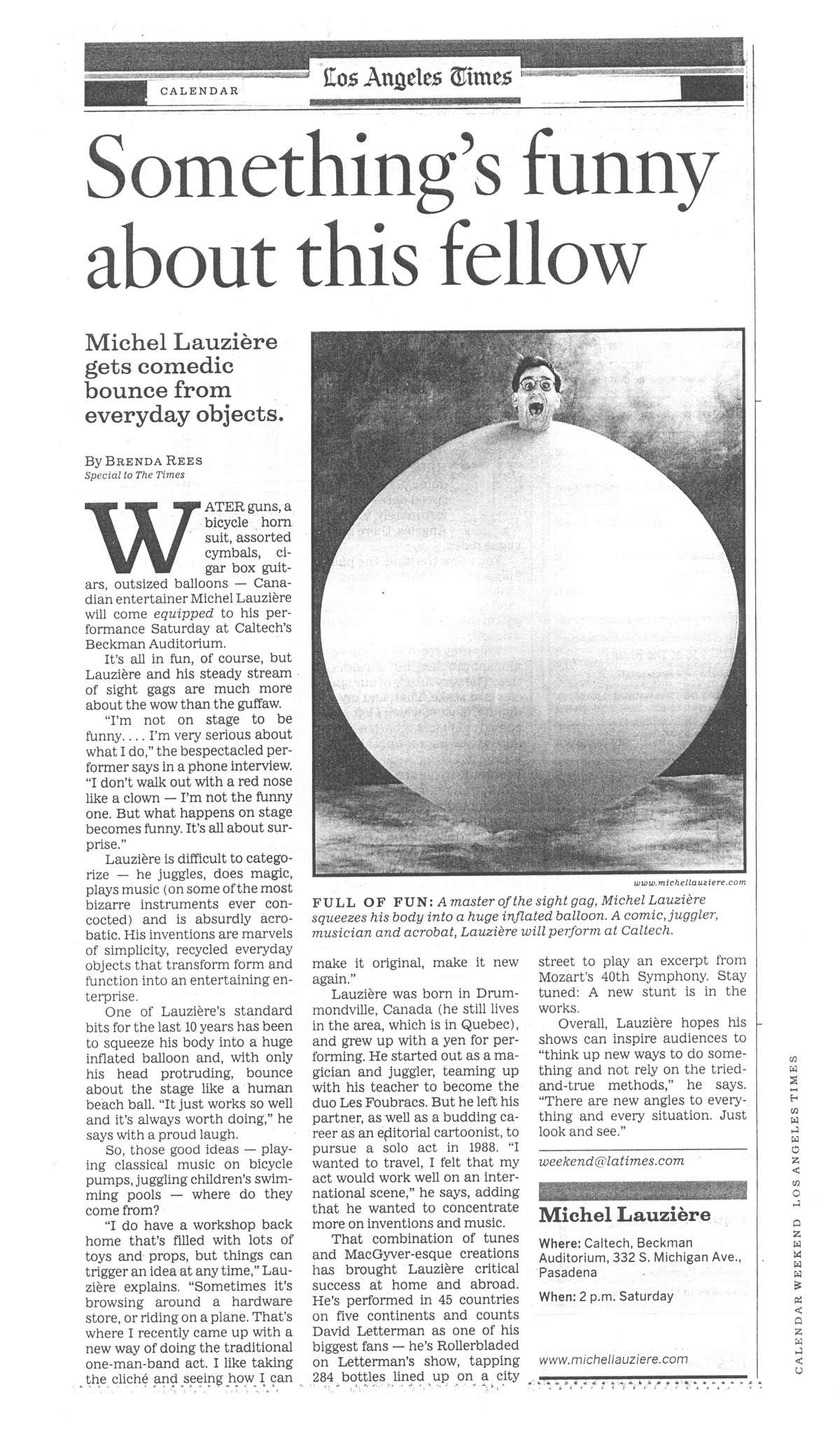 Mind-boggling creativity… Lauzière has created an exceptional performance combining circus skills with physical theater with the focus on the creation of an extraordinary array of homemade contraptions that yield fascinating (and gut-wrenchingly funny) musical sounds.

Creator of several original numbers with a good dose of humor, that have earned him an international renown.

…He bounced about on stage, prompting howls of laughter… Those watching Mr. Lauzière’s performance also learnt that anything, from giant waterguns to egg beaters, can be used to make music.

Under the spell of the eccentric comic… His numbers are ventures full of poetry and imagination.

He reinvents humor and ingenuity… this expert in unusual inventions gained the participation of the spectators, and he knew how to captivate them for the whole evening.

…An authentic stage artiste, a showman as we rarely find in today’s world panorama. The Canadian comedian’s performance was acclaimed at the Cartagena auditorium.

L’alchemist of sound … Michel Lauzière’s art, by it’s originality, brings a puff of fresh air in the world of humor.

The ultimate handyman of the useless… He gives free rein in his fertile imagination, and he manages to make extraordinary things out of the most ordinary things.

Michel Lauzière amazes; we remain dazed, but we laugh at the same time.

With a bit of knowledge in electricity and physics, a talent in woodworking and an imagination without border, he creates devices which would make Leonardo da Vinci jealous (we exaggerate, but just a little)… Everybody is stunned.

The craziest stage artist … One must see this 53-year-old kid playing the serenade in his suit with plenty of horns fixed to it… Deliriously funny!

At first, Lauzière surprises us by his genius, but he charms us after all by his humor and his impressive know-how.